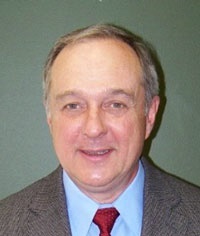 Between 1971 and 1975, Karl attended Drexel University, participated in their cooperative education program and became a student member of the American Society of Civil Engineers.  Following graduation with a BS in Civil Engineering, Karl spent the next 11 years gaining experience as a structural engineer through work at Lamprecht Consultants, Skarda & Rickert Structural Consultants, and Whitney, Bailey, Cox & Magnani.  In 1979, Karl became a registered professional engineer in the State of Maryland and is currently registered in eight states and the District of Columbia.  Karl completed an MS in structural engineering at George Washington University in 1984.

In 1986, Karl founded Rickert Engineering, Inc. and continues to serve as President of the firm.  Karl completed an MBA at Loyola College in Baltimore in 1994 and has maintained memberships in professional organizations including ACI, ACEC, AISC, ASCE, CSI, ICRI, and NSPE.  He has been an officer at the local level of several of these organizations and is currently active on committees (past-chair of Committee 110) at the national level of the International Concrete Repair Institute.  He is also currently serving on the Maryland Board of Professional Engineers.